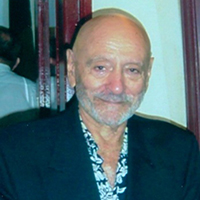 Charles Kellis is a vocal consultant, voice teacher and writer of reviews and articles on the romance of the voice. He has been a Professor of Music at the University of Iowa,Southern Illinois University, and for 16 years the voice faculty of the Juilliard School. He has served as an adjudicator for the Metropolitan Opera Regional Auditions and as a teacher for the Metropolitan Lindemann Young Artists Program. His students have appeared in leading roles in most major opera houses of the world including: the Metropolitan Opera, La Scala, Berlin, Covent Garden, Paris, Moscow, Hamburg, Barcelona, Zurich, Bayreuth Festival, Frankfurt, Glyndeborne, Zurich, Viennna, Aix en Provence Festival, Orange Festival, New York City Opera, Los Angeles, and Chicago Lyric. He is a graduate of the Juilliard School in New York, and Accademia di Santa Cecilia in Rome, Italy, with further studies as a Fullbright Scholar at LAccademia Chigiana in Siena and LAccademia Benedetto Marcello in Venice, Italy. His teachers include: Mariano Stabile, Sergio Nazor and Luigi Ricci and he participated in classes with Giovanni Martinelli and Tito Schipa. Performed in Opera, Concert and Oratorio in Rome, Vienna, Athens, and Salzburg and on RAI Radio Televisione ltaliana, Oestereichishe Rundfunk in Vienna and the National Radio of Athens, Greece. His students have also been winners in many prestigious international competitions including: Tchaikovsky in Moscow, Cardiff Singer of the World, Metropolitan Opera, Caruso, Maria Callas, Marion Anderson, Puccini Foundation, Sullivan Award, Joyce Dutka, Arleen Auger, Bel Canto Vocal, the Munich International, Opera Index, Moniuszko International in Warsaw and the Pavarotti Mozart Prize. As former director of the Candlewood Choral Society in Connecticut, he conducted the Hartford Symphony and the Hudson Valley Philharmonic; Master classes and seminars in Europe and USA, including at the San Juan, Puerto Ricco, Pablo Casals Festival with Krzysztof Penderecki; former music critic Waterbury, Ct.; Panelist-speaker at Paul Robeson’s 100th birthday celebration at Rutgers University in New Jersey. He has been a judge for the Moniuszko International Vocal Competition in Warsaw and has conducted master classes in Radom and at the Krakow Academy of Music in Poland. He was also, most recently, chairman of the jury for the Marcella Sembrich International Vocal Competition at the Kosciuszko Foundation in New York City and a reviewer at the Metropolitan Opera for the periodical “Twoja Muza”. September 2015 brought him to China as Chairman of the Jury for the Lanzhou University and the Northernwest University International Vocal Competition including a series of Master Classes. The summer of 2016 he was the Director of the Vocal Program for the “New York Big Apple Music Festival” in cooperation with Queens College in New York City. 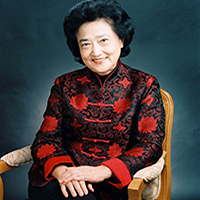 Born in 1940 in Ningbo, China, Yu Lina is a violin virtuoso in the country who premiered the famous’Butterfly Lovers’Violin concerto at the age of 18. She is also the founder of the Yu Lina Violin Foundation since 1993 for nurturing gifted young violinists. Yu is currently violin professor for the Shanghai Conservatory of Music. In 1959 at Shanghai, she made her debut as violinist at the nationwide celebration of the 10th anniversary of the founding of China, premiered Butterfly Lovers’Violin Concerto and hence gained great success. The album of Butterfly Lovers’Violin Concerto presented by Yu Lina is estimated to have sold over 2 million copies worldwide. She led the earliest Chinese string quartet as the first violinist to win a prize at Berlin’s 2nd Schumann International Competition in 1960. Then she appears frequently in recitals and as soloist with orchestras in the United States, Canada, Russia, the United Kingdom, Germany, Japan, Australia, and China. Lina Yu joined the Shanghai Conservatory of Music in 1962 as the chairwoman of the Violin and Viola Department and professor of violin till now. Many of her students are top prize winners at the Paganini, Menuhin, Tchaikovsky, Wieniawski, Sendai, Lipizer, and Sibelius International Violin Competitions. 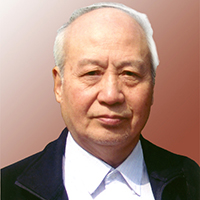 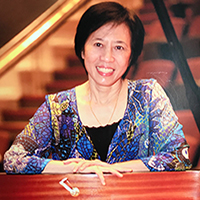